Why Are People Going Ape For Crypto? 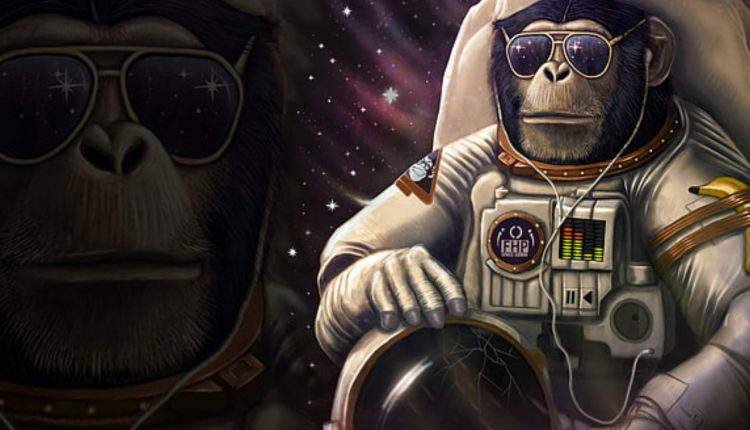 The Internet has long been obsessed with certain animals. Cat videos immediately come to mind but so too does the fascination with pugs on Instagram, or the ever-popular Blobfish, dubbed ‘The Worlds Ugliest Animal’.

It is no surprise, therefore, that some animals become the centre of memes; images repeated over and over across the web that becomes seminal to the online experience.

As an online community, it makes sense that crypto too would adopt some of these animals into their spaces. One group of animals with a grip on the cryptocurrency community is primates and monkeys, with NFT lines like Bored Ape and up-an-coming decentralised platforms like RoboApe (RBA) being just some examples.

Just how monkeys became icons of cryptocurrency is a more complicated story.

Apes, gorillas, and other primates rarely gained viral success on the early Internet. As large, often dangerous animals, they couldn’t be used in skits or be seen in recognisable locations like the home, and so image formats like the one seen with Dogecoin (DOGE) inspiring Doge meme were unattainable.

In 2016, a gorilla named Harambe was shot at Cincinnati Zoo, after a child fell into the enclosure and was therefore at serious risk. While the incident was a tragic one, the collective Internet put a comedic spin on the story, turning Harambe into an online icon and meme.

The people most drawn to Harambe and the meme surrounding him were those outside of the mainstream, enjoying a joke based on something tragic occurring. Harambe was an icon of anti-establishment humour on the Internet, something that went against the mainstream, and as such became an enduring icon of rebellious humour online.

Around 2019, another primate related meme sprung forth, reinvigorating the Internet’s love for them whilst also solidifying the idea that Harambe set before: that memes to do with monkeys and primates were reflections of anti-establishment ideals.

The meme, which usually depicts monkeys alongside text, states the idea of “going back to basics” in the most extreme way- that man should give up on the expectations of society, and go back to our primitive roots, going back to how we once were as primates before society.

This meme promoted rebellion, something appealing to those involved in cryptocurrency.

Rise of the Planet of the Bored Apes

These two memes are just some of the ways the foundations were laid for the explosive success of Bored Ape Yacht Club’s infamous NFT line, which dropped in 2021.

PrivaCrip (PRCR) and Floki Inu (FLOKI) Can Save You from…

These NFTs, which featured a cartoon monkey, were rebellious in every sense of the word. As the first NFTs to really gain the attention of the public, they became the cultural image of NFTs, of what they looked like and the concept behind them.

NFTs rebelled against the expectations of what crypto could be, and the potential it had. That these images of cartoon monkeys were the future, and that this was only the beginning.

The images themselves were also unconventional, using a style that rebelled against the cute, minimalist designs often seen in modern cartoons. The art uses unnecessary detail in places to add an unsettling level of realism to some aspects, whilst also utilising counter-cultural symbols like cigarettes, sunglasses, and a myriad of quirky hats.

Internet memes had set the stage for primates to become icons of the rebellious nature of cryptocurrency. And after Bored Ape, there were many more to follow.

RoboApe (RBA) and The Future of Ape Meme Tokens

One notable example of a meme coin that has come onto the scene in the wake of Bored Ape is RoboApe (RBA), and despite being based on a meme, their plans for a revolutionary new platform are no joke.

The platform is set to allow users the opportunity to participate in a wide variety of activities, from selling and trading NFTs to competing in eSports.

The platform’s native token will deflate over time, increasing the tokens’ value as more coins are removed from circulation. Yet, the platform has been designed to prioritise fairness, meaning that all those involved in the platform have opportunities to be involved, with voting through a DAO meaning that the community are the ones in charge.

The expansive nature of the RoboApes (RBA) platform means it has huge potential, with plans to expand the platform with new dApps and events meaning a continual stream of users will be inevitable. It has created a sustainable, fair model for users, certain to drive up the value of its token.

How reliable is the meme coin Mehracki Token!

Binance Pledges Support For The Upcoming Tezos Network Upgrade in 2022

PrivaCrip (PRCR) and Floki Inu (FLOKI) Can Save You from This Bear Market.

Looking To Diversify Your Crypto Portfolio? Use PinkSale, Starpad, and BoostX