The President of the Federal Reserve Bank Made Striking Statements About the Concept of Crypto! 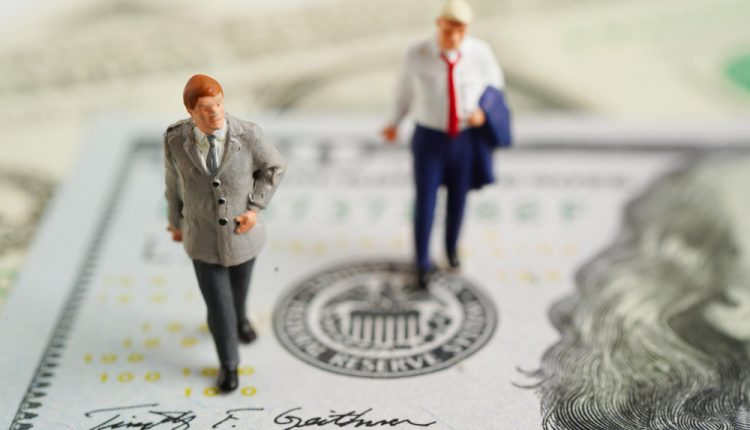 The President of the Federal Reserve Bank made striking statements about the concept of crypto! The president of the Federal Reserve Bank of Minneapolis, Neel Kashkari, said that the crypto exchange FTX is not a “fraudulent business and a strong company.” Saying that “the whole concept of crypto is nonsense,” the Fed chairman said that it is “just a tool for speculation and big fools.”

Federal Reserve Bank of Minneapolis President Neel Kashkari shared his thoughts on the fall of the FTX cryptocurrency exchange on Friday.

“This is not [a matter] of fraudulent corporations and corporations,” he tweeted, explaining: “Entire notion of crypto is nonsense. Not useful for payments. No inflation hedge. No scarcity. No taxing authority. Just a tool of speculation and greater fools.”

Kashkari has never been a fan of bitcoin or crypto. He used to call them “big pieces of garbage”. In August last year, he said that bitcoin and crypto are “95% fraud, hype, noise and confusion”, saying: “I have not seen any use other than the money of the activities like drugs and prostitution.”

The vice chairman of the federal reserve, on the other hand, thinks differently

After the collapse of FTX, many Fed officials called for stricter regulation of cryptocurrencies. Federal Reserve Vice Chairman Lael Brainard stressed the need for strong cryptocurrency oversight. He said, “It’s about making sure that retail investors are really affected by these losses.” Michael Barr, the Federal Reserve’s vice president for oversight, said in response to questions during a Senate Banking Committee hearing last week: “We’re concerned about the risks that we don’t know about in the non-bank sector. That includes obviously crypto activity … that can create risks that blow back to the financial system that we do regulate.”

Although Kashkari believes that the failure of FTX is not the same as fraud in the crypto industry, some people indicate that the change is not specific to crypto. FTX and former CEO Sam Bankman-Fried have been compared to Enron’s fraud or Bernie Madoff’s Ponzi scheme.

Shark Tank Star and NBA Dallas Mavericks owner Mark Cuban explained that recent corporate explosions in the crypto space, including FTX, “are not crypto explosions.” He pointed out: “These are bank failures… Lending to the wrong company, wrongful lending, arrogant arbitrage, followed by the depositor.”

Kenya Steps in For Crypto Tax